Nasheet Waits (drums) - is a native of New York. His interest in playing the drums was encouraged by his father, the legendary percussionist Frederick Waits who played with artists such as Ella Fitzgerald, Sonny Rollins, Max Roach, McCoy Tyner and many others.

Nasheet studied privately with the renowned percussionist Michael Carvin. One of the worlds greatest percussionists, Max Roach, was his mentor. Max hired him as a member of the famous M’BOOM percussion ensemble where he played with special guests artists such as Tony Williams and Ginger Baker.

More recently, as an original member of pianist Jason Moran's Bandwagon, Jason, bassist Tarus Mateen and Nasheet have been considered "the most exciting rhythm section of jazz" by JazzTimes.

He has been praised for his musicality and creativity by virtuosos such as Ed Thigpen, Max Roach, Andrew Hill and Stanley Cowell. 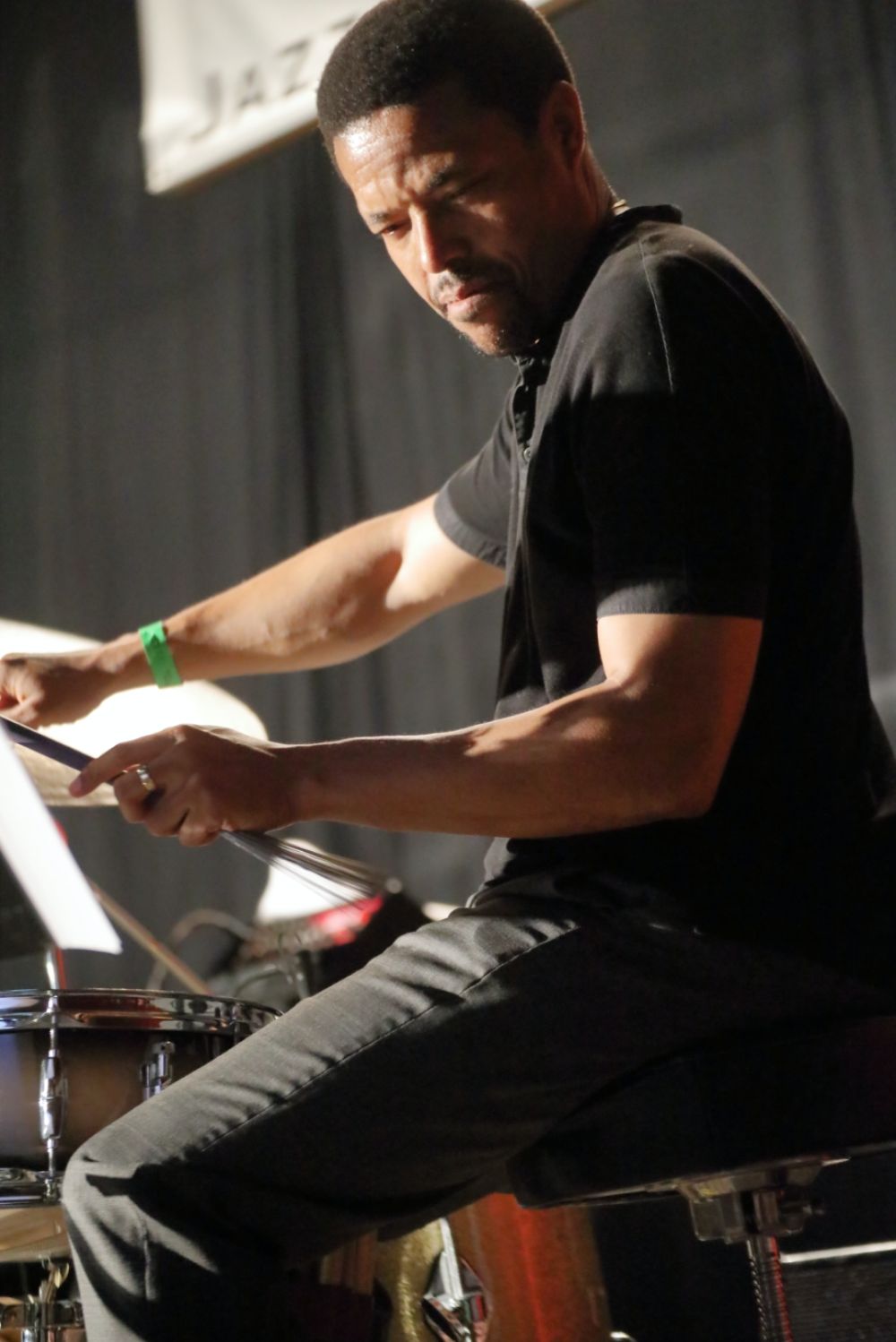