Muriel Grossmann (saxophone) - Austrian saxophonist, singer and songwriter, Muriel Grossmann, was born in Paris and grew up in Vienna, where she began classical flute studies from five years till twenty-one, when she switched to the alto and soprano saxophone.

In her youth Grossmann played and toured with various groups of rhythm & blues, funk, world music and jazz, such as Hans Tschiritsch, Shani Ben Canar, Christoph Kurzmann, Geri Schuller, Pete Hoven, Robert Rehak, The Original Brothers. In 2002 she moved to Barcelona, where she began directing her own bands for recordings and concerts. Muriel Grossmann resides in Ibiza since 2004, which marks a very fruitful period of recording and performance.

Since 2014 she has been working with Radomir Milojkovic (Belgrad) on guitar, Gina Schwarz (Vienna) on double bass and Uros Stamenkovic (Belgrade/Canada) on drums.

Since 2018 Llorenç Barceló (Mallorca) on Hammond is joining her group.

Her Record ‘GOLDEN RULE’ (RRGEMS05, DR 10 CD, 2018) was honored jazz record of the year in UkVibe and was nominated into the list of best jazz albums of the year of world-wide awards of Gilles Peterson. She released her latest Record ‘Reverence’ (RRGEMS07, DR 11 CD) in Dec 2019. 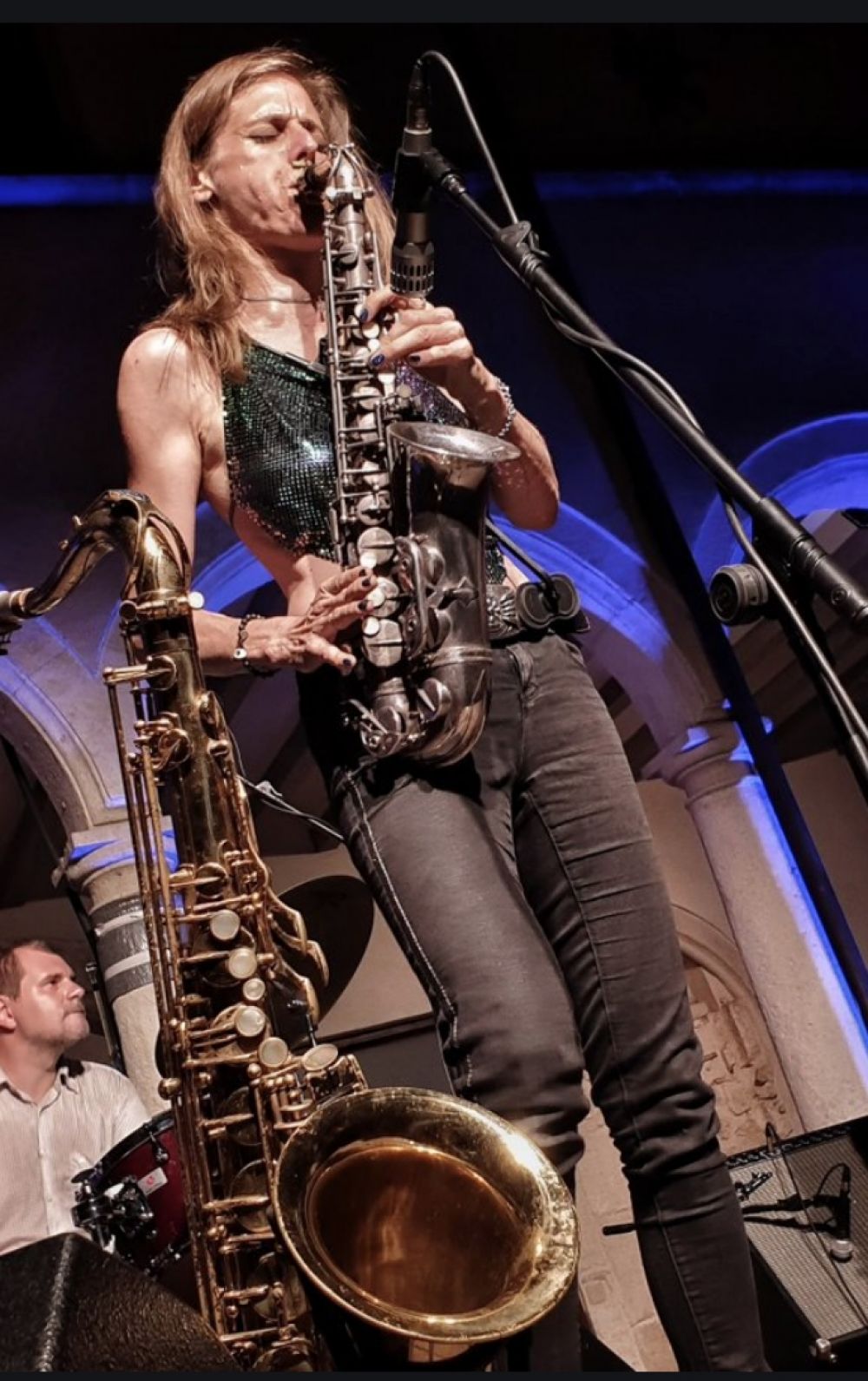