Original member of The Platters
E-Mail a friend

Keith - Original member of The Platters

Keith was a member of historic group The Platters, producers of major and unforgettable hits like Only You and Great Pretender.

This great musical talent from Miami has performed on some of the world’s most important stages and theatres like the New York Radio City Music Hall and the Queen Alexandra House in London. He also sang jazz on tracks recorded with The Chicago New World Symphony. With The Platters, he toured all around Europe and the US.

Keith is an expressive vocal master who understands that music is used to express spirituality and emotions. His powerful presence and charisma on stage are the result of his extensive carreer and experience in the music world. Keith is an authentic and legendary voice of soul, Motown, r&b and pop.

Keith is available solo, with half playback, with his soul band, big band or Brooklyn Bridge.

His style, technique and stage presentation go hand in hand.

As a result of this, a close connection between the artist and the audience emerges. The gospel, soul and jazz interpretations of Keith Tynes are characteristic of this. He had already received his first singing lesson in his birthplace of Miami. In 1976 Keith Tynes completed his music studies with singing teacher Lina Maddaford at the University of Miami. During his studies he was already involved with the 'Miami Beach Symphony' and the 'Miami Opera Guild'.

In June 1979 Keith moved to New York, where in July 1979 he took on the leading role in the musical 'A New York Summer' in one of the biggest theatres in the USA, the New York Radio City Music Hall. For almost one and a half years he performed daily to an audience of over 5,000 to rapturous acclaim. Keith had his first singing performance in Europe in 1980 at the Queen Alexandra House in London, where he was praised as an outstanding young American singer. As a member of the world-famous group 'The Platters Golden Hits Revue' he performed for four years from 1981 until 1985 in major cities across the USA and Europe. Following performances with 'The Band of Gold', Keith Tynes began his solo career in 1985 and performed across the whole of Europe and the USA. In May 1985 Keith starred with overwhelming success in the 'Kleinen Komedie Theatre' in Amsterdam, with Donna Lynton (as a star guest). In 1985 and 1986 Keith performed at the 'Miss Switzerland Beauty Contest'. He produced his first single, 'Where Are Those Old Memories' in October 1986. He recorded as a jazz singer with 'The Chicago New World Symphony' and during this time worked together with the most talented lyricists and producers from Europe and America.

In the summer of 1987 he performed as the support act as part of disco queen Gloria Gaynor's tour of Cyprus. In 1989 and 1991 he toured with great success as one of the main performers in the Broadway show revue 'One Night on Broadway' and 'Broadway! Broadway!' in Germany and Switzerland. In 1993 Keith began his successful solo career as a Gospel singer and produced four wonderful CD's: 'Keith, Live!' (1993), 'Go, Tell It On The Mountain' (1994), 'The Message Is Love' (1997), which was named after a self-composed song, and finally 'I Believe' (1999). At a charity concert on behalf of 'Human Leben mit Aids e.V.' together with Angelika Milster and soloists from Berlin's 'Theater de Westerns', Keith was rewarded with rapturous applause. In September 1995 he traveled to Singapore. With his expertise as a soul singer he enchanted – amoungst others – the President of Singapore and his wife.

In 1998 he performed in an open-air concert in Amsterdam with The Weather Girls in front of an enthusiastic audience. In October 1999 Keith Tynes was invited to South Africa to give solo concerts in Johannesburg and Capetown. This was followed in March 2000 by two further charity concerts on behalf of the organisation 'Reach for a Dream' for terminally ill children in South Africa. Successful appearances in Berlin bars in November 2000 featuring his soul and pop program displayed his versatile talent. As part of the Berlin Jazz Festival in November 2001 Keith presented a showcase. He also did this in 2002 at the Köpernicker Jazz Festival together with 'The Berlin Black Blues Connection & The Three Tenors'. As a guest singer in the wonderful Gospel project 'Jazz goes Gospel' with his 'sister' Jocelyn B. Smith in February 2001 in Berlin, Keith was met with rapturous applause.

The Miss Germany organisation invited the singer and entertainer to Egypt to perform both as an artist and a member of the jury. His singing enchanted the audience and as a juror he helped Miss Germany 2007 win the crown. The Keith Tynes Band headlined the Berlinale/Teddy Award Ceremony 2007 and put on a glittering show for the award ceremony.

In April 2007 the singer lent his voice to the Suzuki Swift advertising campaign singing the song 'You'll Never Walk Alone'. In May 2007 this song also was released as a single. As host and singer he delighted the audience and the jury during the 'Miss Intercontinental' contest in the Seychelles in October 2007, as well as at 'Top Model of the World' contest in January 2008.

In 2009 Keith was also appointed as a jury member for the Miss Intercontinental contest in Minsk (Belarus). He was invited to President Lukaschenko's Ball, where he received an enthusiastic response.

At Stevie Wonder's Berlin concert in July 2010 Keith sang in the backing choir amongst some of the best singers in Europe. In 2012 Keith Tynes performed as support act for Keith Sweat's Berlin concert, and received huge applause from a sell-out crowd. In July 2013 Soul met Rock – Keith Tynes met rock legend Joe Lynn Turner, the singer from Deep Purple and they rocked together in the Jagger club in Berlin. A very special experience! 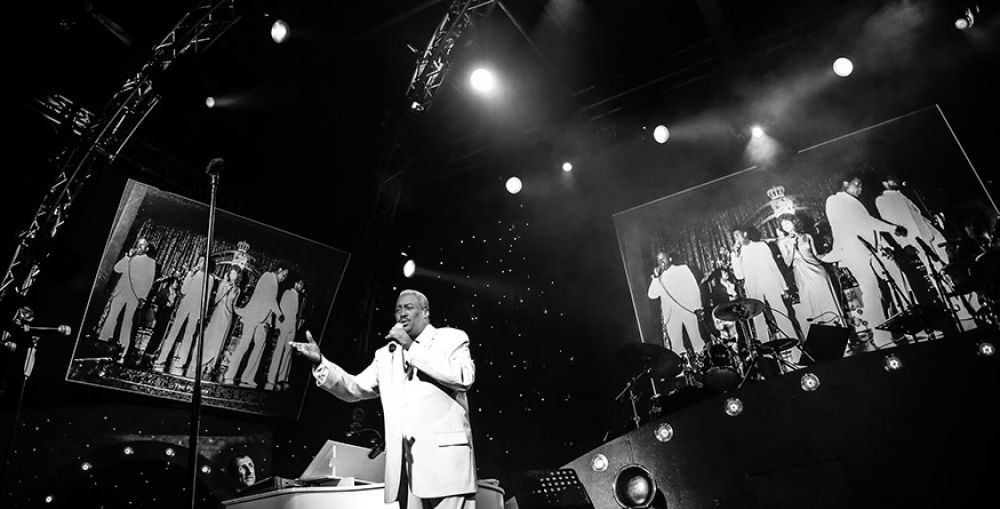 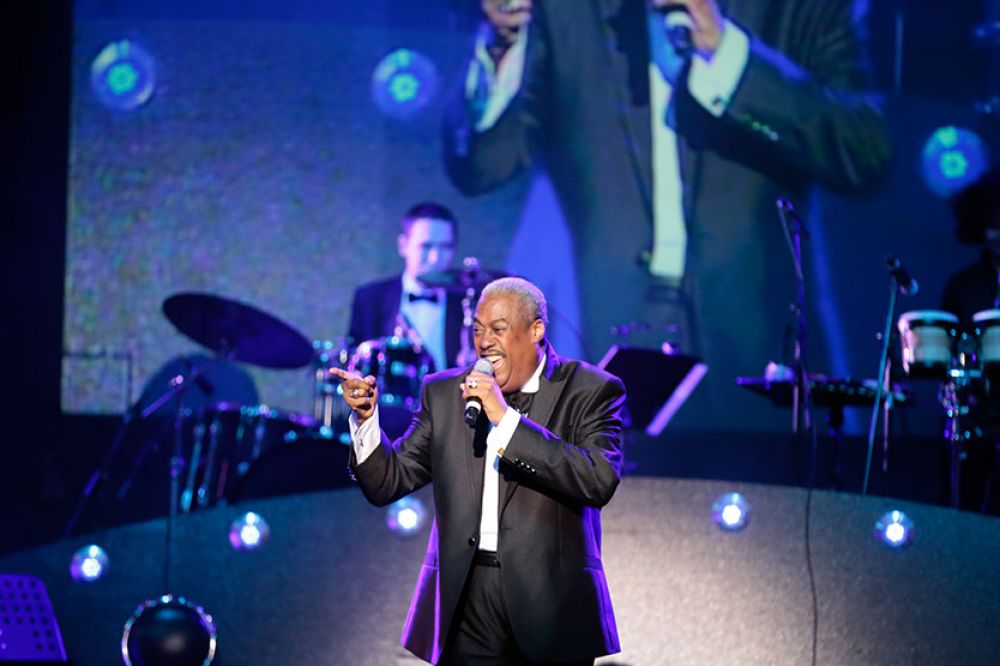 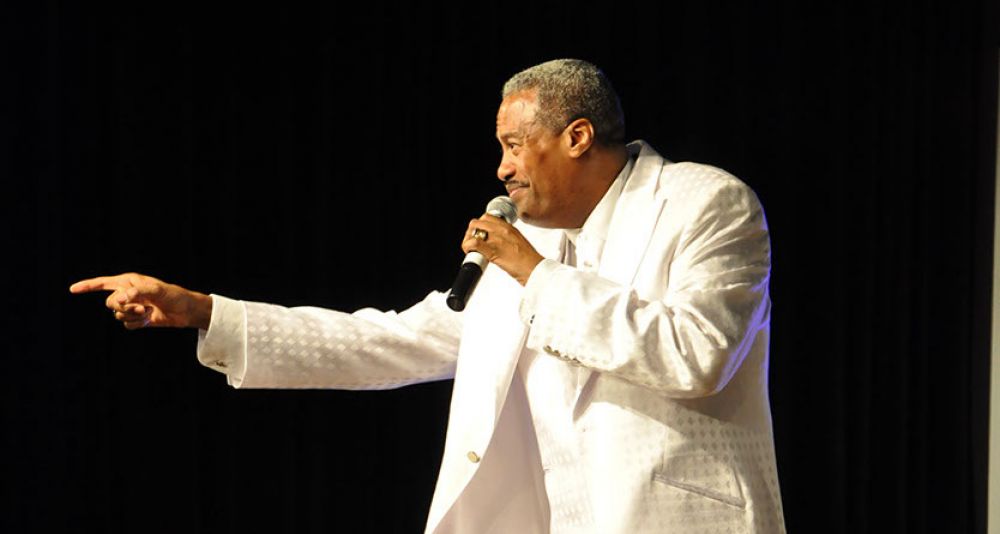 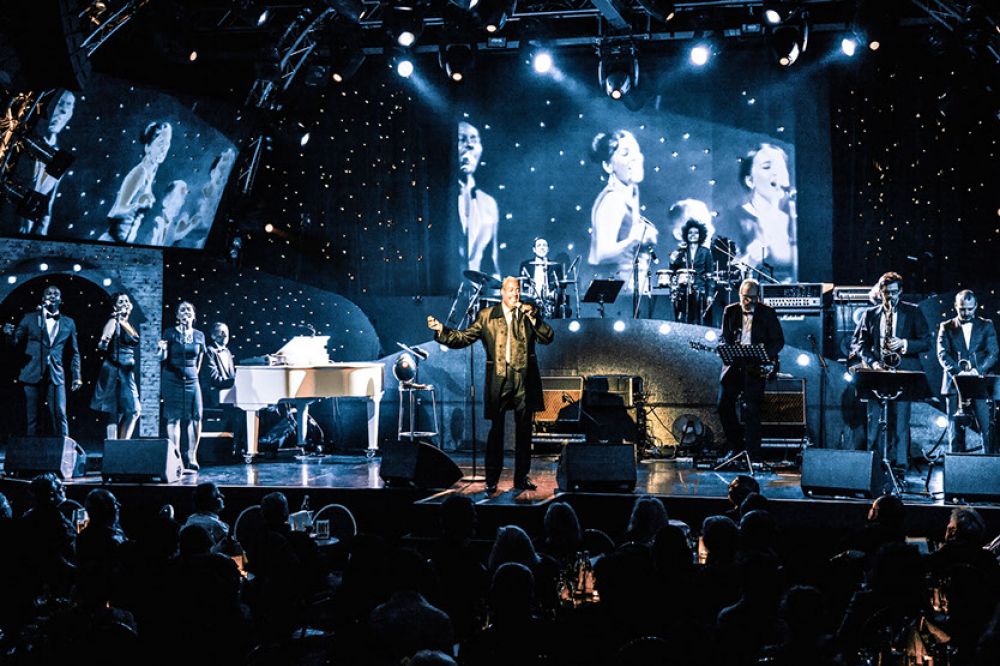 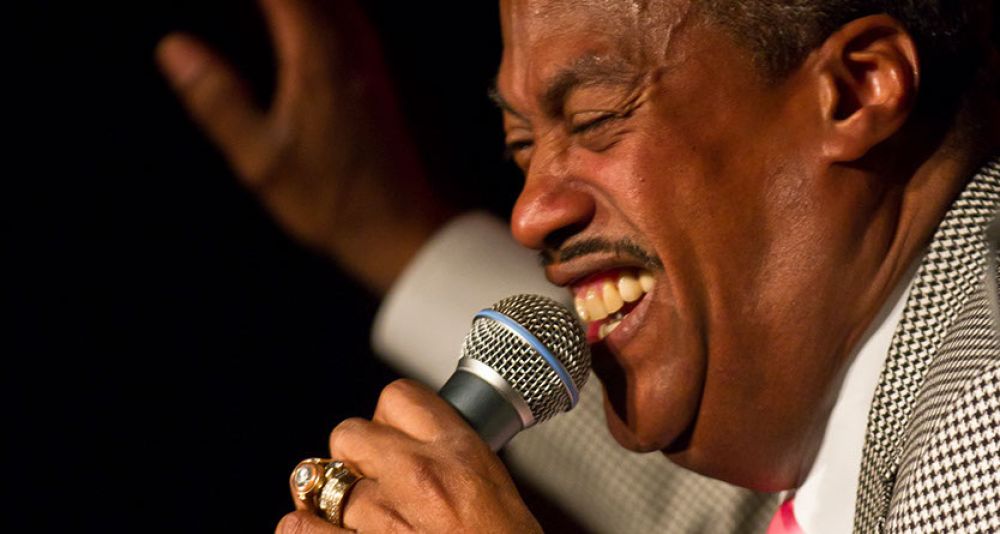 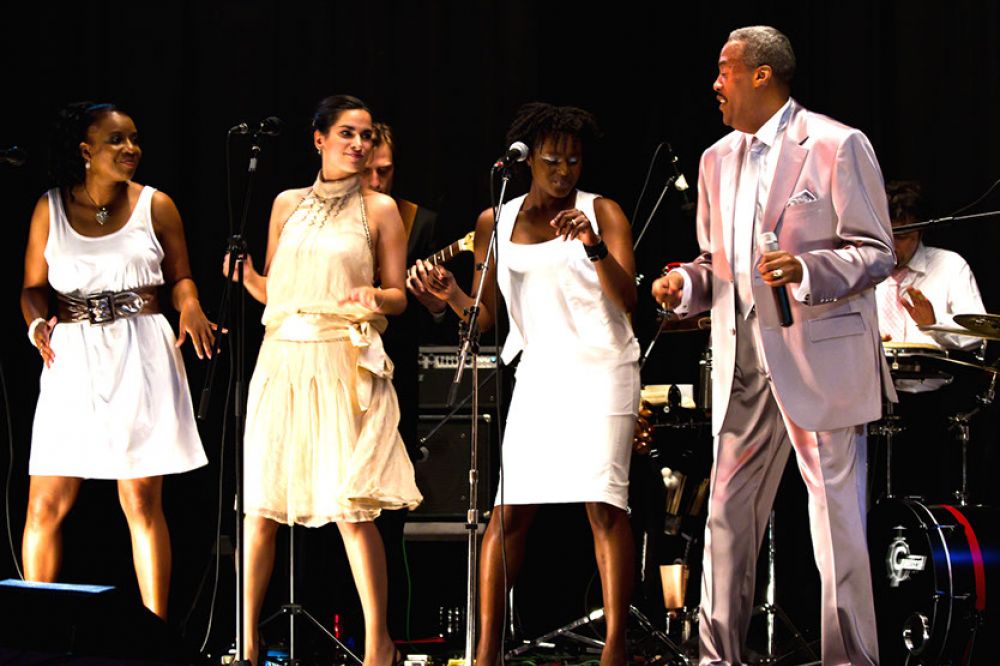 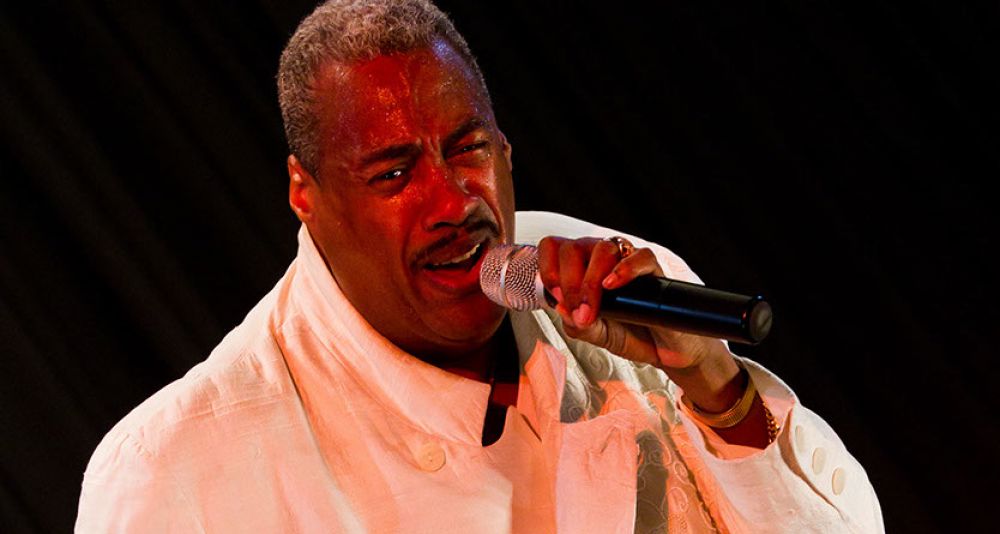 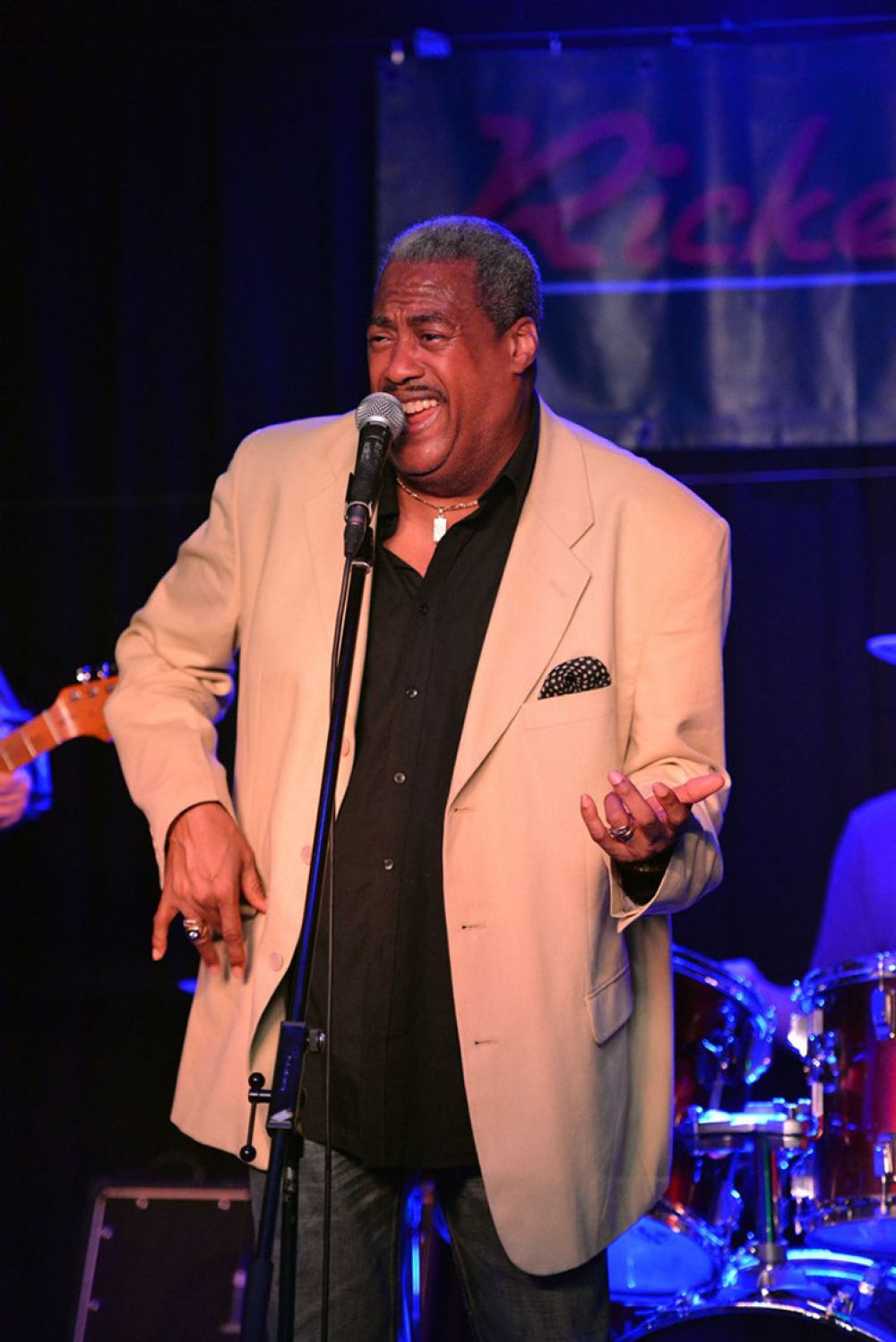 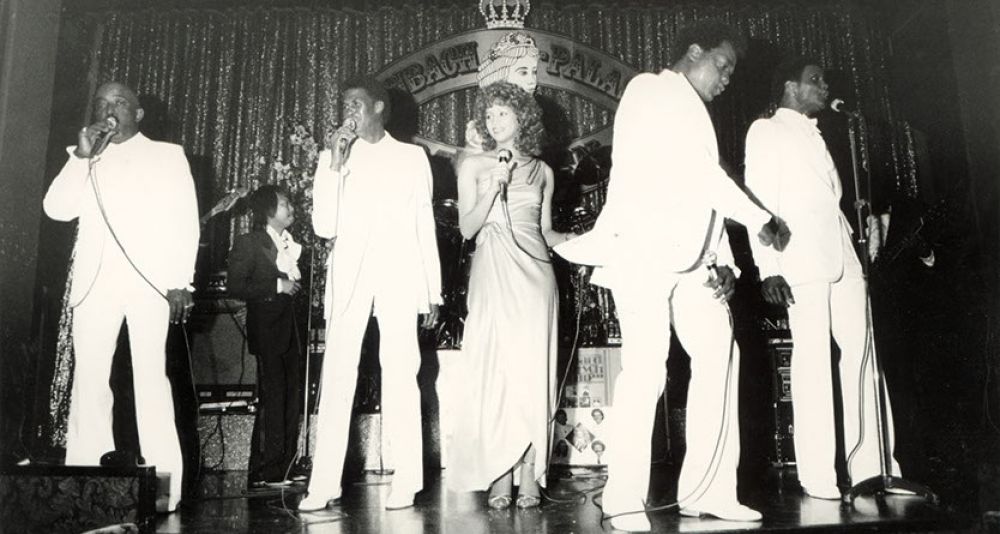 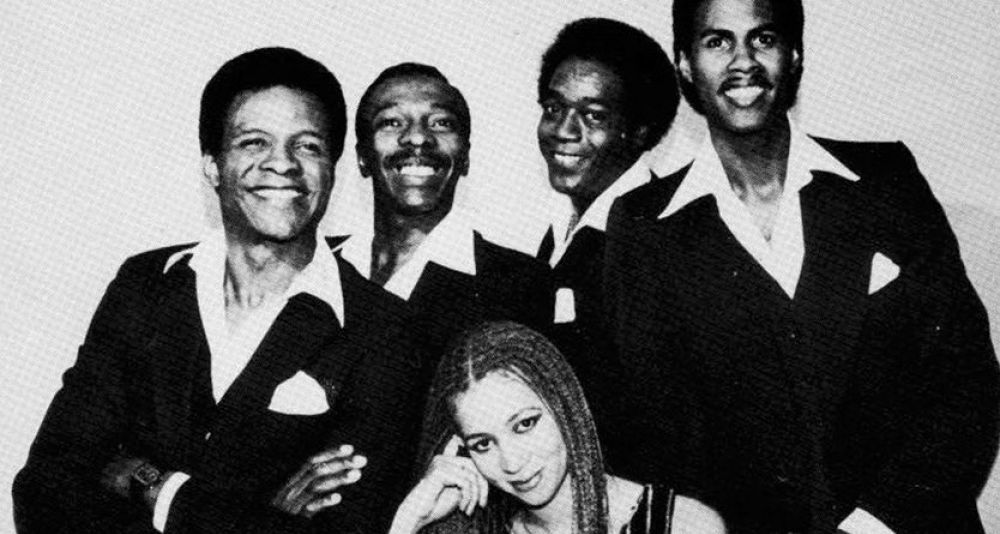