Simone has performed with American Pop Star Beyoncé at the MTV Music Awards, appeared alongside leading German Rock Stars Peter Maffay and Westernhagen, as well as having entertained, as a solo artist, such diverse luminaries as the German President, the President of Kazakhstan, Princess of Thailand Ubol Ratana, former Secretary-General of the U.N. Kofi Annan, CEO of Microsoft Bill Gates, etc. She has performed at the VW World Congress, for Deutsche Bank, for Wella in Paris, Honeywell, Siemens, Allianz, Martini, and Samsung, among other well-known international brands. Also featured musically in the special 50th Anniversary Rolling Stones TV documentary on German network ARD and has made a well-received appearance as herself on the famous German soap opera “Forbidden Love”, as well as other network Television appearances.

Deeply honored, recently, to be the only performer featured on a professional audio- sample catalog for the Harp ( already in use on such hit shows as “CSI: NY”, “LOST” and other popular films, TV and recordings).

To achieve a long-standing dream, she recently founded a neo-bossa-nova, cabaret-style band, performing everything from material from The Doors and Coldplay to “Moon River” and dozens of original songs. 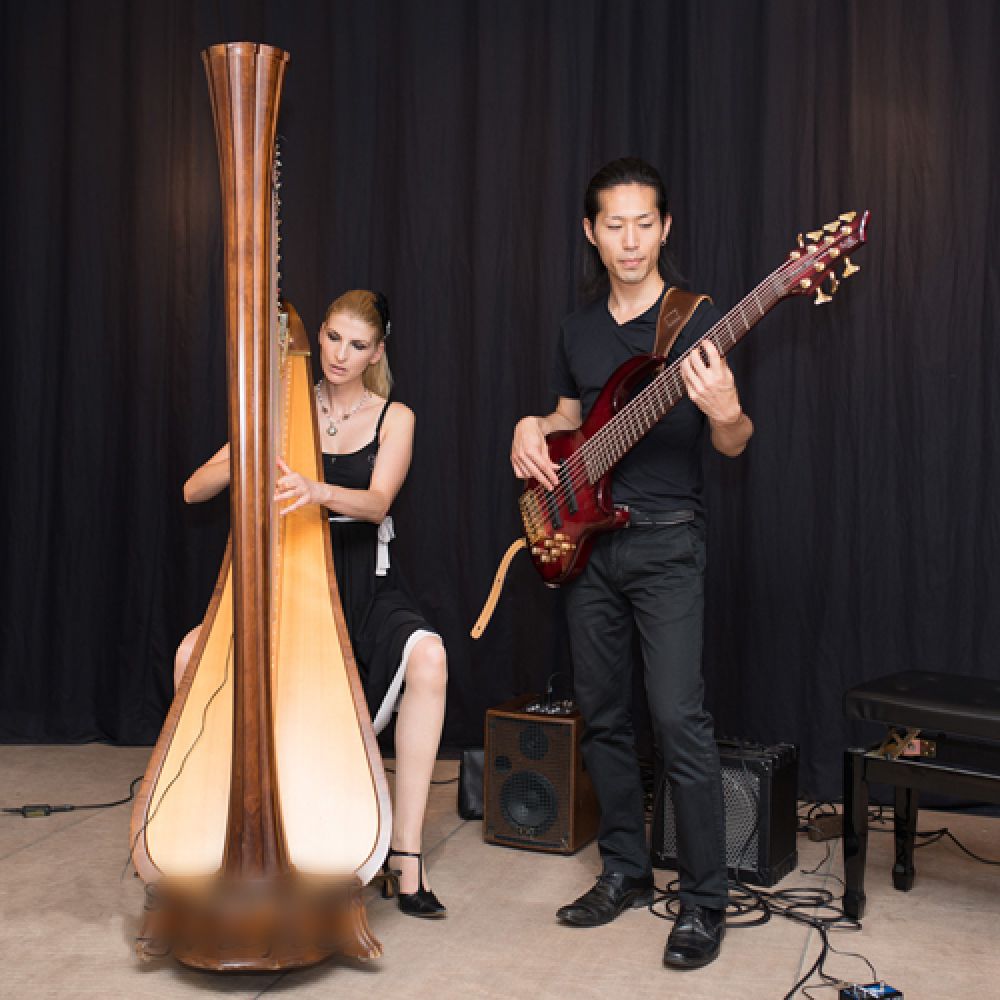 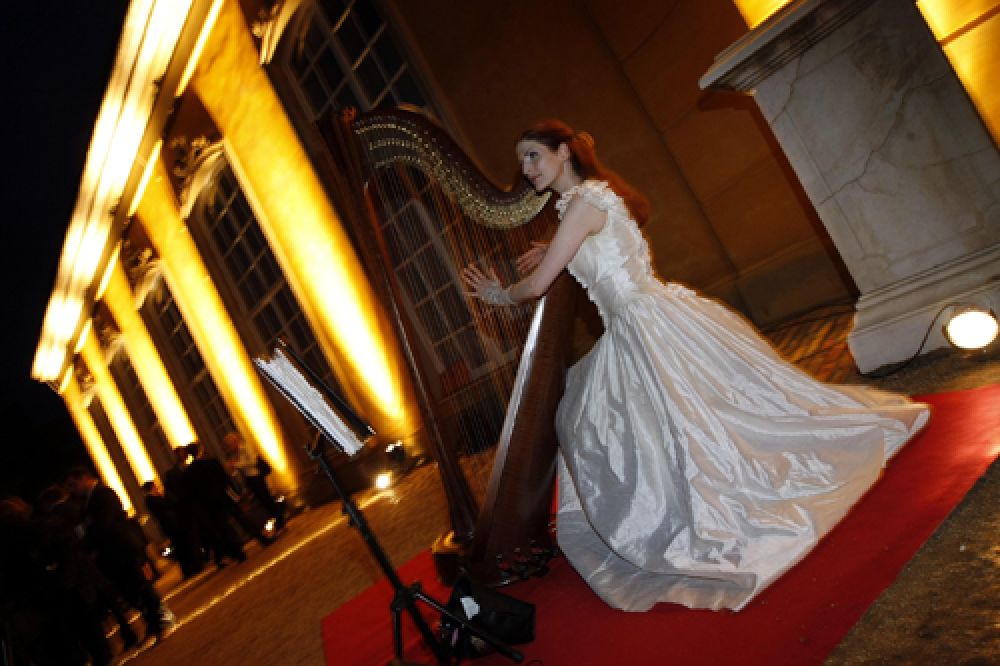 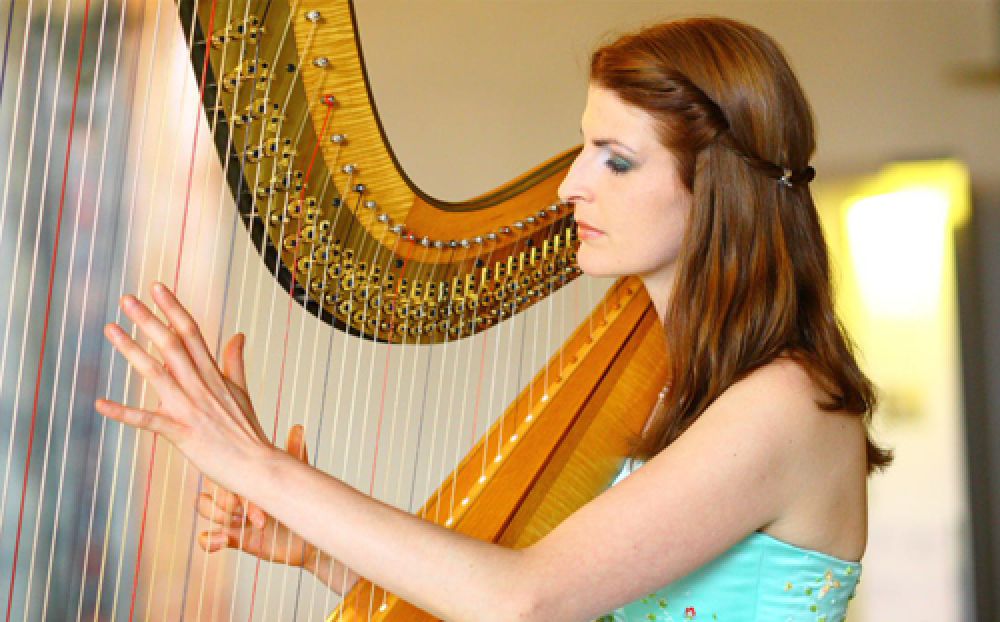 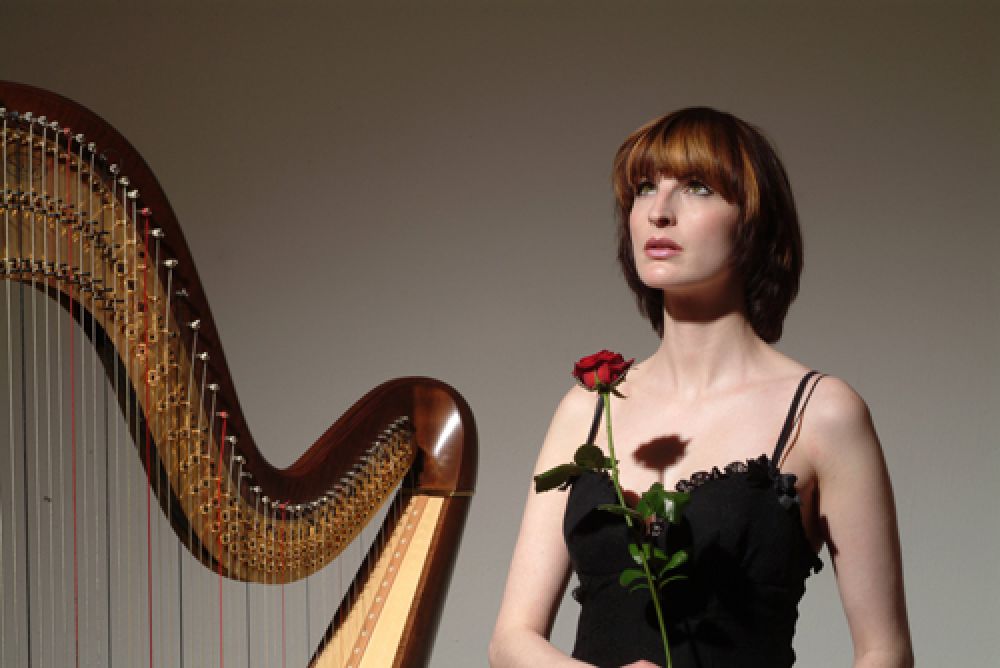