Grace Jones is all this and more, a large than life persona who is among the most recognised of international celebrities. A string of fabulously successful club hits ("Pull Up To The Bumper", "Lover Is The Drug", "La Vie En Rose", "Slave To The Rhythm") has assured Grace a large and loyal cult following. Johnathan Elias and Clivilles & Cole have produced a Grace Jones record that is both contemporary and commercial:

BULLETPROOF HEART, an album that is sure to pierce your heart and soul.

Time was, Singer/Actress/Model Grace Jones was so avant garde to American tastes as to be downright intimidating. U.S. audiences had never quite encountered anything like her when she first unforgettable. Outside of the Hipper dance clubs on the east and west coast, Jones was most decidedly ahead of her time.

Today, time has proven just what a trend-setter Jones was. Other artists, such as eurythmic' Annie Lennox, have followed the stylistic trail she first blazed. Jones herself has gained mass attention in America through her memorable appearances in films like Conan The Destroyer and View To A Kill.

Born in Jamaica to a clergyman father and a family that has been influential in Jamaican politics for generations, Jones has long believed that there was some genetic mix-up between her brother and herself. She was a complete tomboy while he played with dolls, when she was twelve, she moved to Syracuse, New York, joining her family who had moved there previously.

Jones attended Syracuse University, where she began studying acting and appeared in her first musical. From there, she moved to New York City, where she joined the Wilhemina Modelling Agency and continued to pursue her acting career.

Soon she relocated to Paris(Where her brother was residing) prospering as a model. Elle, Vogue and Der Stern were among the Magazines she "Grace"-ed in cover photos. She travelled throughout Europe, taking advantage of her fluency in French, Italian and Spanish (she also speaks Japanese). She also sojourned to Africa, Japan and South America.

Disillusioned with modelling, Jones knew somehow that she was to be a singer. Her first recording contract was in France, where she quickly won a fervent following. During that period, she met fashion designer Jean-Paul Goude, who was to become her constant companion and artistic advisor.

"I was amazed when I first saw Grace Jones", Goude later wrote in his book devoted to her persona, Jungle Fever. "I could see how the average guy who was used to pretty girls could get scared by her physical presence. I had the idea of using Grace as the ideal vehicle for my work. She had inspired me. In an unexpected way, Grace had come to obsess me..." Utilising collage photography and painting, Goude collaborated with Jones in building her image as a larger-than-life. Startling glamorous figure.

Signing with Island Records, Jones next attracted an immense cult in New York, becoming the very first performer to appear live at the Disco Mecca Studio 54. Portfolio (1977), Fame (1978) and Muse (1979) presented her as one of the few stars of the dance club Heyday with a distinctively individual style. Hits like "I Need A Man", "Sorry" and "That's The Trouble", were staple items on the turntables of Disc-Jockeys worldwide.

Warm Leatherette ('80) was an important creative advance for her recorded at Island's prestigious compass point studios in Nassau, the Bahamas, it featured such Stellar Jamaican Backup Players as drummer Sly Dunbar, Bassist Robbie Shakespeare and Guitarist Mikey Chung. Those Musicians joined her again on Nightclubbing ('81) which yielded one of her biggest singles to date "Pull Up To The Bumper". Living My Life (#82) added the talents of guitarist/songwriter Barry Reynolds (respected for his work with Marianne Faithfull, among others) and African keyboardist Wally Badarou to the studio team. 1985 was the release of Slave To The Rhythm, and in 1987, Inside Story. Taken as a whole, Jones's first eight LP's trace her impressive musical growth and experimentation.

Concurrent with her recording career, Jones was making strides in the visual realm. Her long form video "A One Man Show" received a Grammy Nomination for "Best New Video" in 1983. Directed by Jean-Paul Goude, it was loosely structured around her 1982 performance at London's Drury Lane Theatre. In '84 she made her Motion Picture debut as the mercenary warrior sidekick "Zula" to bodybuilder Arnold Schwarzenegger in Conan The Destroyer. In the summer of '85, she menaced Roger Moore's James Bond as the striking villainess "Mayday" in A View to her own solo spot a year later. Her most recent film role was playing a very intimidating fashion model opposite Eddi Muphy in 1992's Boomerang.

Grace continues to entertain audiences worldwide with her exciting and provocative stage show. She was performed in over 40 countries to millions of fans throughout her career. 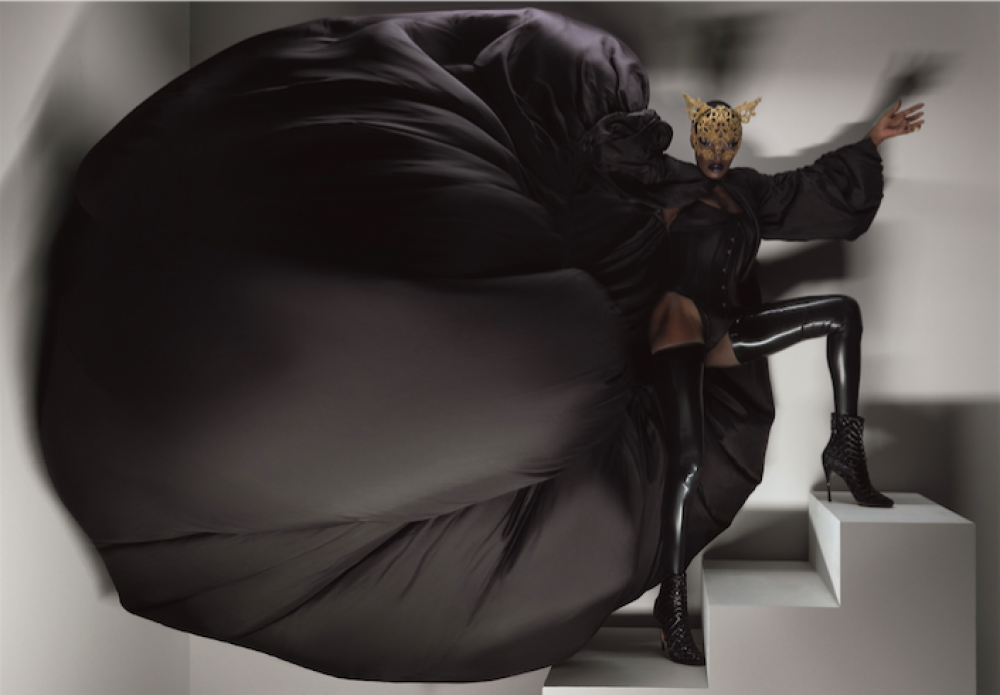