I said No No No
E-Mail a friend

With "Rehab", Amy Winehouse was in the top 10 Billboard charts for months. Rachel, a trained singer, actress and dancer, thrills her audience with this and other hits from Amy like "Valerie"

The Berlin-based artist completed her training at the London Arts Educational School with a Lloyd Webber scholarship. In 1990, Hiew, who is half Irish and half Chinese, received the Best All Round Student award.

In her previous engagements, she has successfully demonstrated her talent - England: "Cinderella" (title role), "Aladdin" (Princess), "Orpheus in the Underworld", "Joy to the World"; Austria: "Shakespeare & Rock'n'Roll" and Germany: "The Musical Night S: E: T German Tour" in guest roles at "Phantom of the Opera", "Grease", "Starlight Express", "West Side Story", "My Fair Lady", "Cabaret" and "Evita". In the English Lindenstraße "Eastenders" she played in 1993 for a year, besides, she had various acting engagements. As a solo singer, she worked on cruises of the M.S. Europe with. 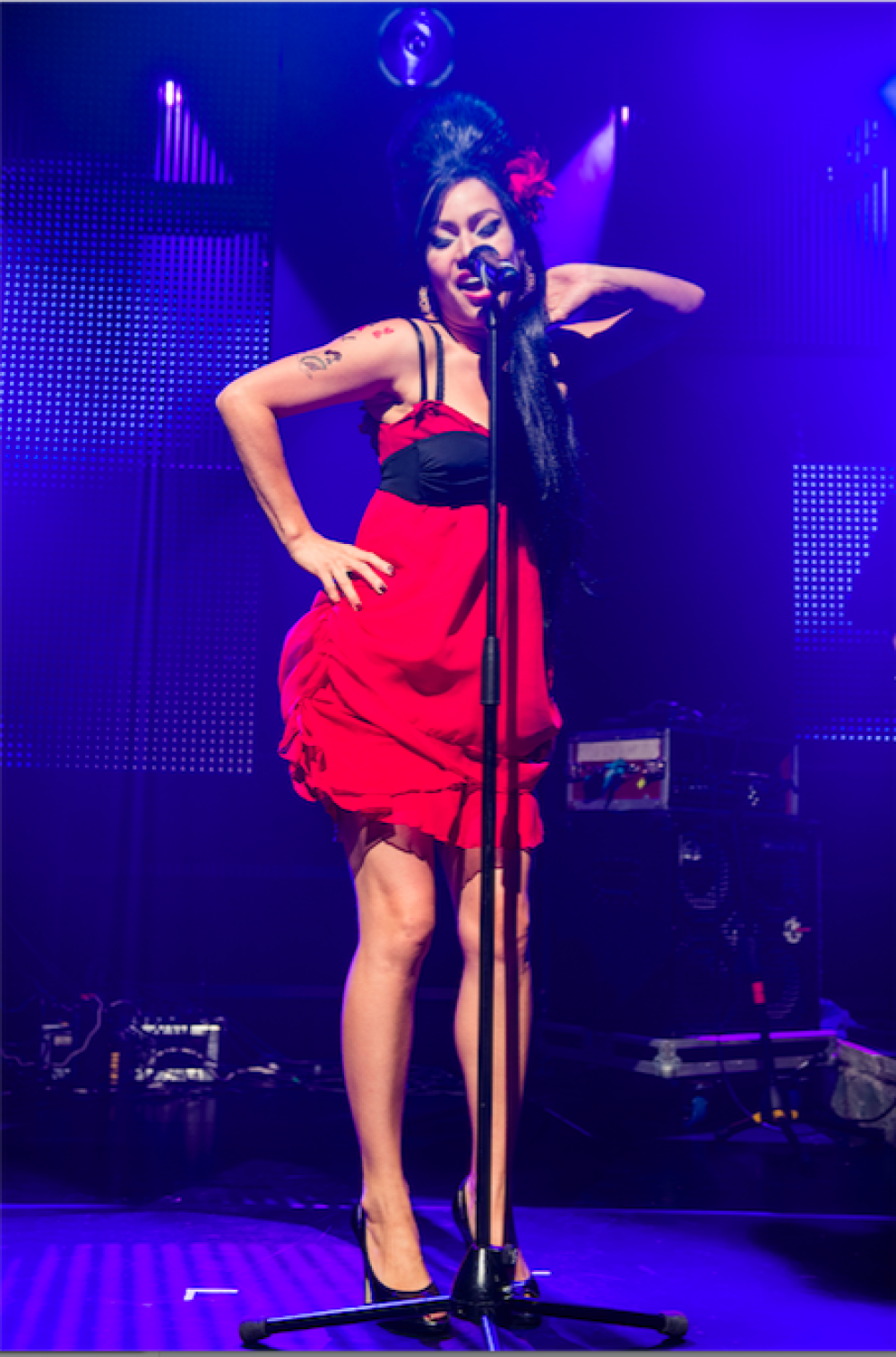